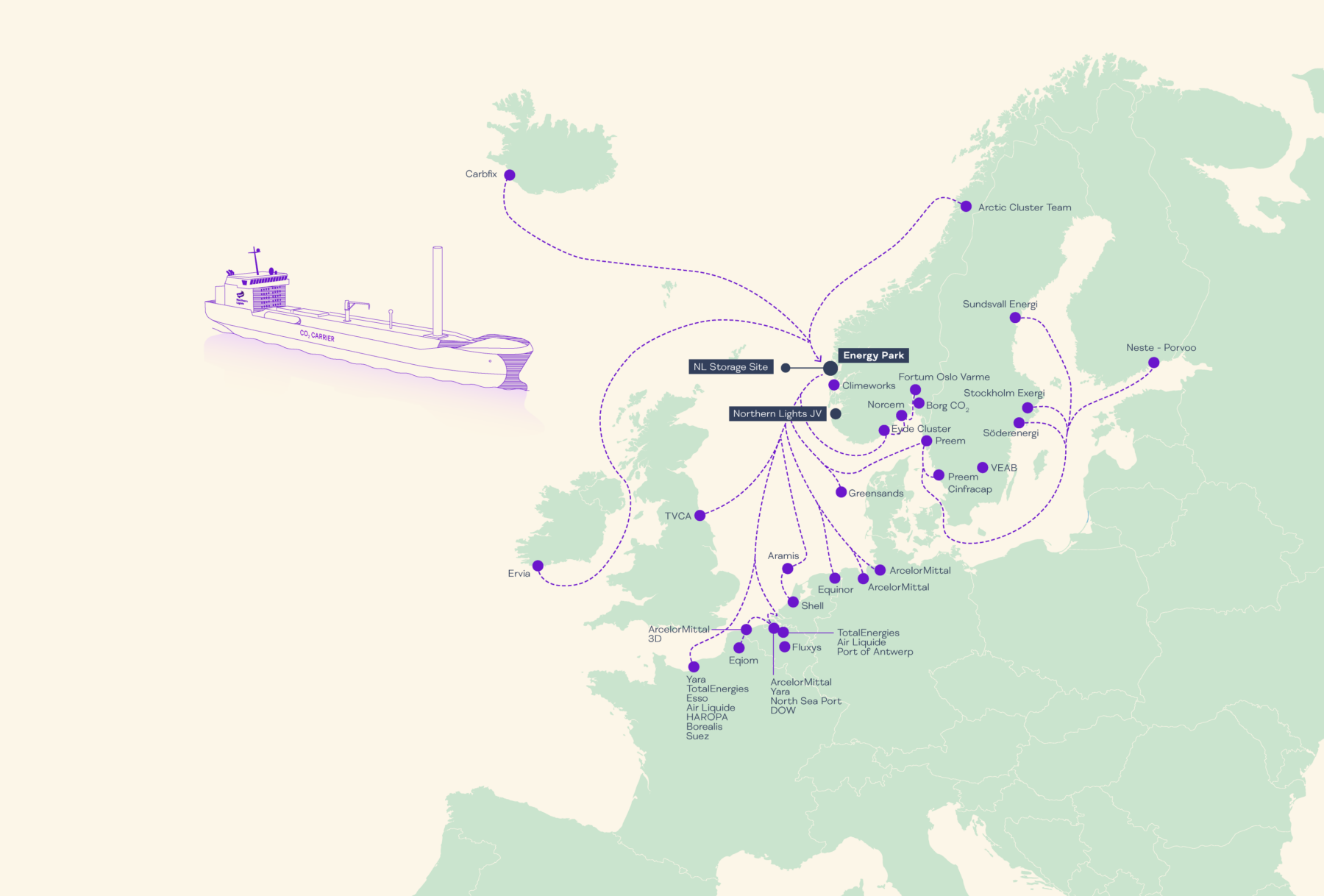 The EU has designated Northern Lights as a Project of Common Interest (PCI), a key cross border infrastructure project that will help the EU achieve its climate policy objectives, including contributing to a climate-neutral economy by 2050.

PCI projects and participants can benefit from simplified permitting and the right to apply for EU funding from the Connecting Europe Facility programme.

“Northern Lights is only going to be successful if others follow. We need a CCS ecosystem, including a network of storage sites willing to act as reciprocal, alternative, storage locations to one another. We are very pleased that the European Union is willing to support the development of this infrastructure which is critical for us to be able to meet EU climate goals,” said Martijn Smit, Business Development Director of Northern Lights.

Northern Lights JV DA is developing an open and flexible infrastructure that will transport CO2 by ship from capture sites across Europe to a terminal in western Norway for intermediate storage, before transporting it by pipeline for permanent storage in a reservoir under the seabed. This infrastructure will enable the mitigation of industrial process emissions for which there is currently no scalable solution, accelerate the decarbonisation of European industry, and facilitate the removal of CO2 from the atmosphere.

The construction of the infrastructure and facilities is well under way. Specially designed ships will transport CO2 from emission sources in Norway and Europe. An onshore receiving terminal is now being built in Øygarden municipality and will be connected to pipelines and wells that enable storage 2,600 metres under the seabed.

The first development phase of Northern Lights, which is supported by the Norwegian authorities, will be completed by mid-2024, establishing infrastructure to store 1.5 million tonnes of CO2 per year in the Johansen Formation in the North Sea. As demand from industrial sectors in Europe grows, Northern Lights will increase storage capacity.